Murder, theft and even a case of ‘furious driving’; Barnsley Archives delve into history to unlock criminal tales of the Victorian era. To coincide with their exhibition ‘Changing Crimes: True Stories of Barnsley’s Criminal Past’, colourised prisoner photos have brought these moments to life.

They have professionally restored and colourised a series of 19th century prisoner mugshots including that of John Cane, a labourer jailed for sexual offences. Not only has his still photograph been colourised, but also an innovative motion photograph has been created. This features movement and ambient sound effects creating an engaging and sensory experience, which really brings the historic moment to life.

Interestingly, photos post-1890 utilise a shoulder mirror, cleverly positioned to capture the prisoners’ full face and profile in a single shot. They showed their hands to reveal any distinguishing characteristics such as tattoos, scars or even missing fingers, like the unfortunate Joseph Wildsmith. 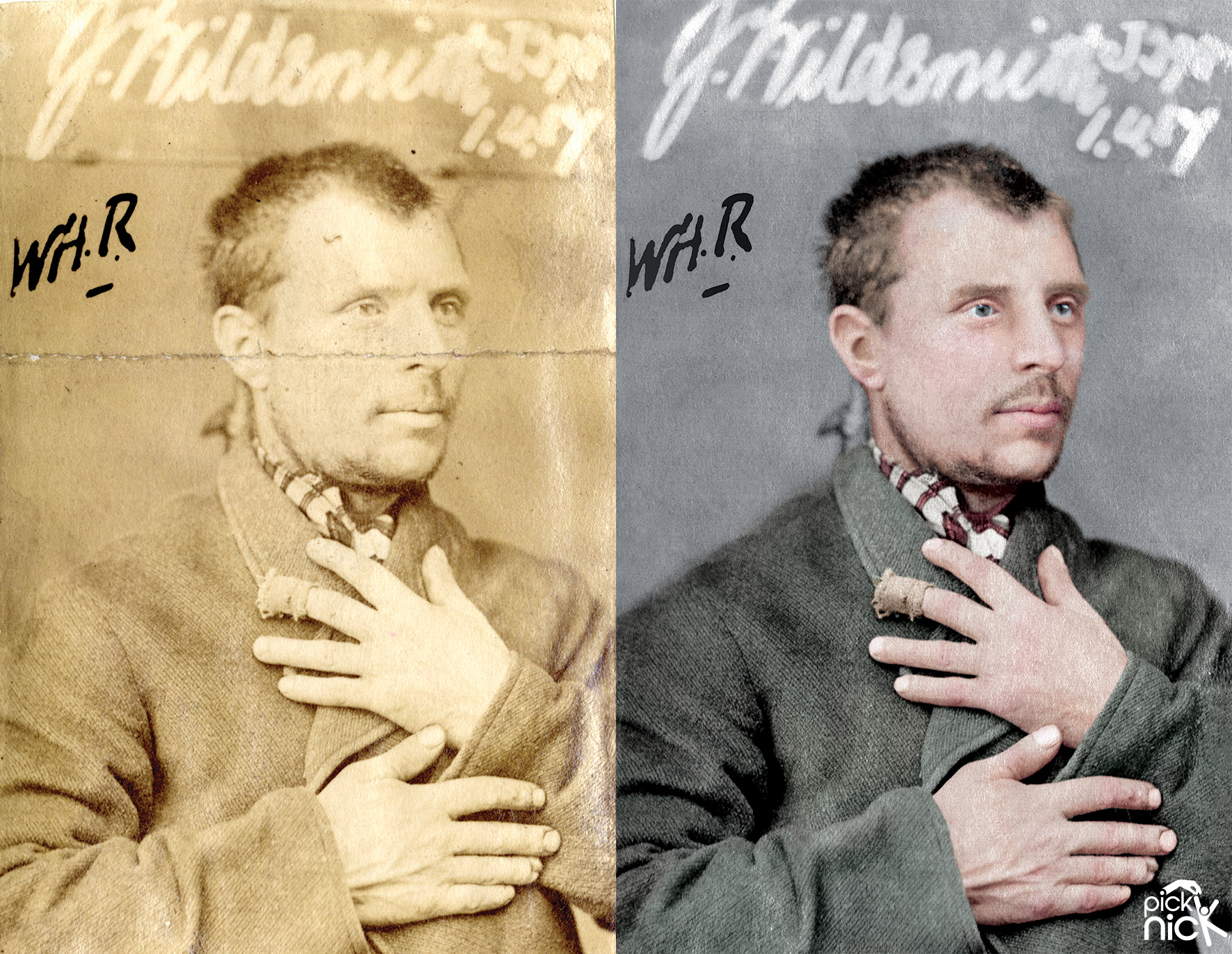 The prisoner mugshots were restored and colourised by Nick Harris at Photo Restoration Services. Nick takes immense pride in his work and the preservation of memories for future generations.

“I found the series of prisoner mugshots fascinating, particularly the method of using a mirror to reveal the prisoners’ side profiles and hands all in a single photo. People are enamoured by old photos and I believe these stories and historical photos really deserve to be seen.”

By sharing colourised prisoner mugshots and their accompanying credentials on their social media Barnsley Archives hope to encourage people to come forward with further information about those featured in the photos.

Maybe one of the following was your ancestor? 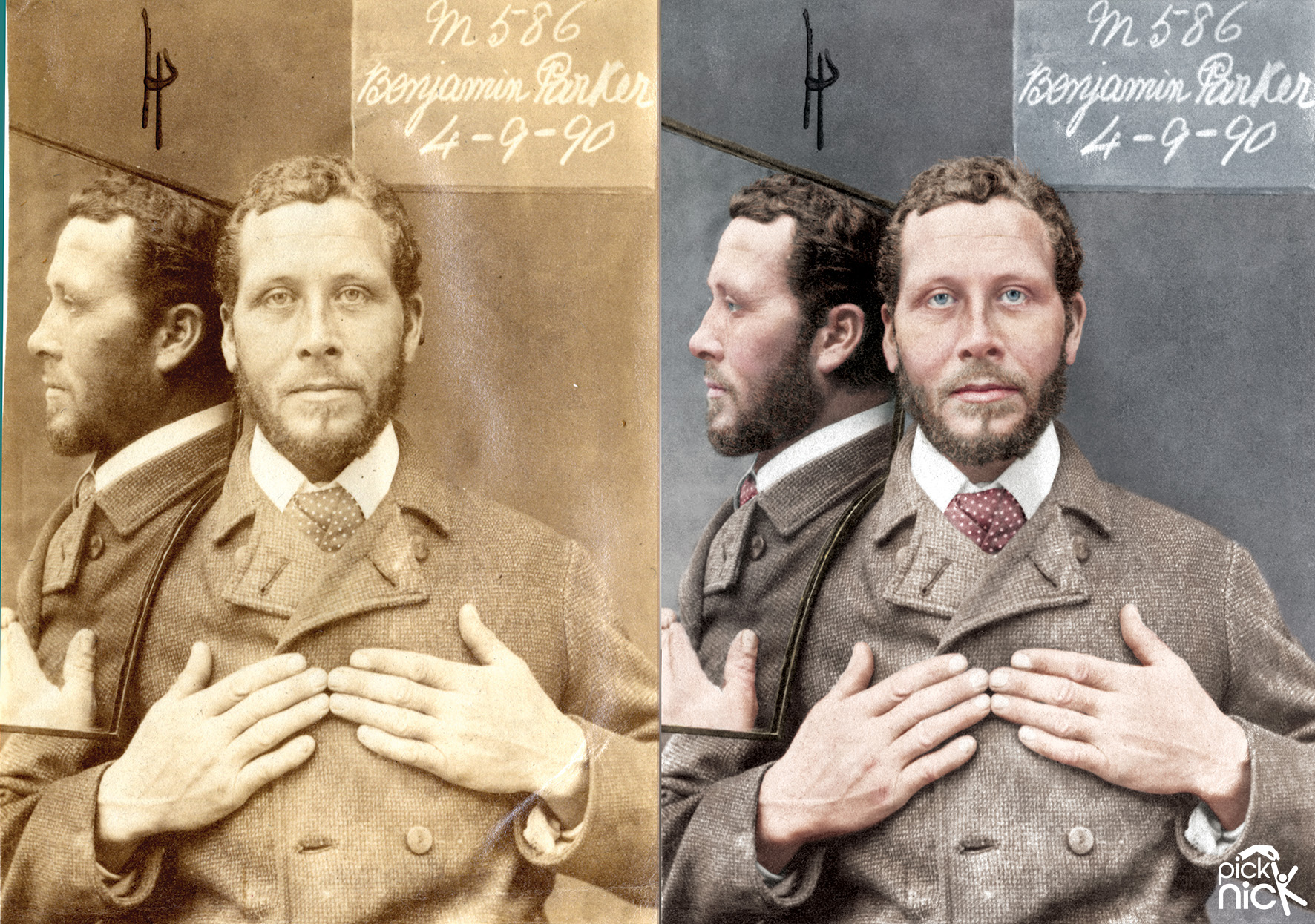 London born Seaman Benjamin Parker was aged 30 in 1890. Living in Hull when arrested for housebreaking, he was sent to Dartmoor Prison. 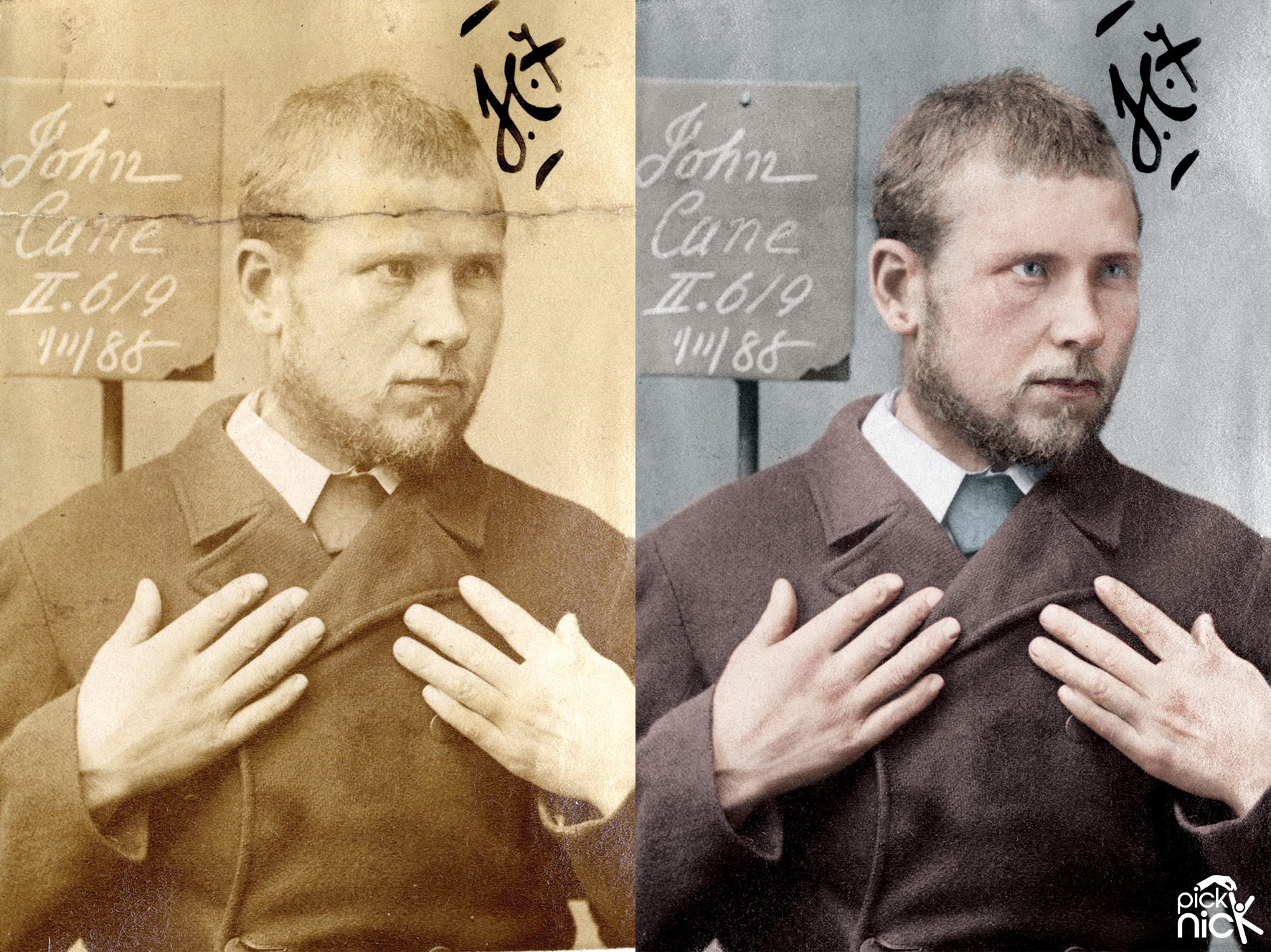 John Cane was a Labourer from Shropshire. He was jailed for sexual offences in 1888 at the age of 26.

John Cane was a Labourer from Shropshire. He was jailed for sexual offences in 1888 at the age of 26. The old photo of John Cane’s prisoner mugshot was initially restored and colourised. With the addition of movement and ambient sound effects, this motion photo provides a sensory experience – Really bringing the historic moment to life. 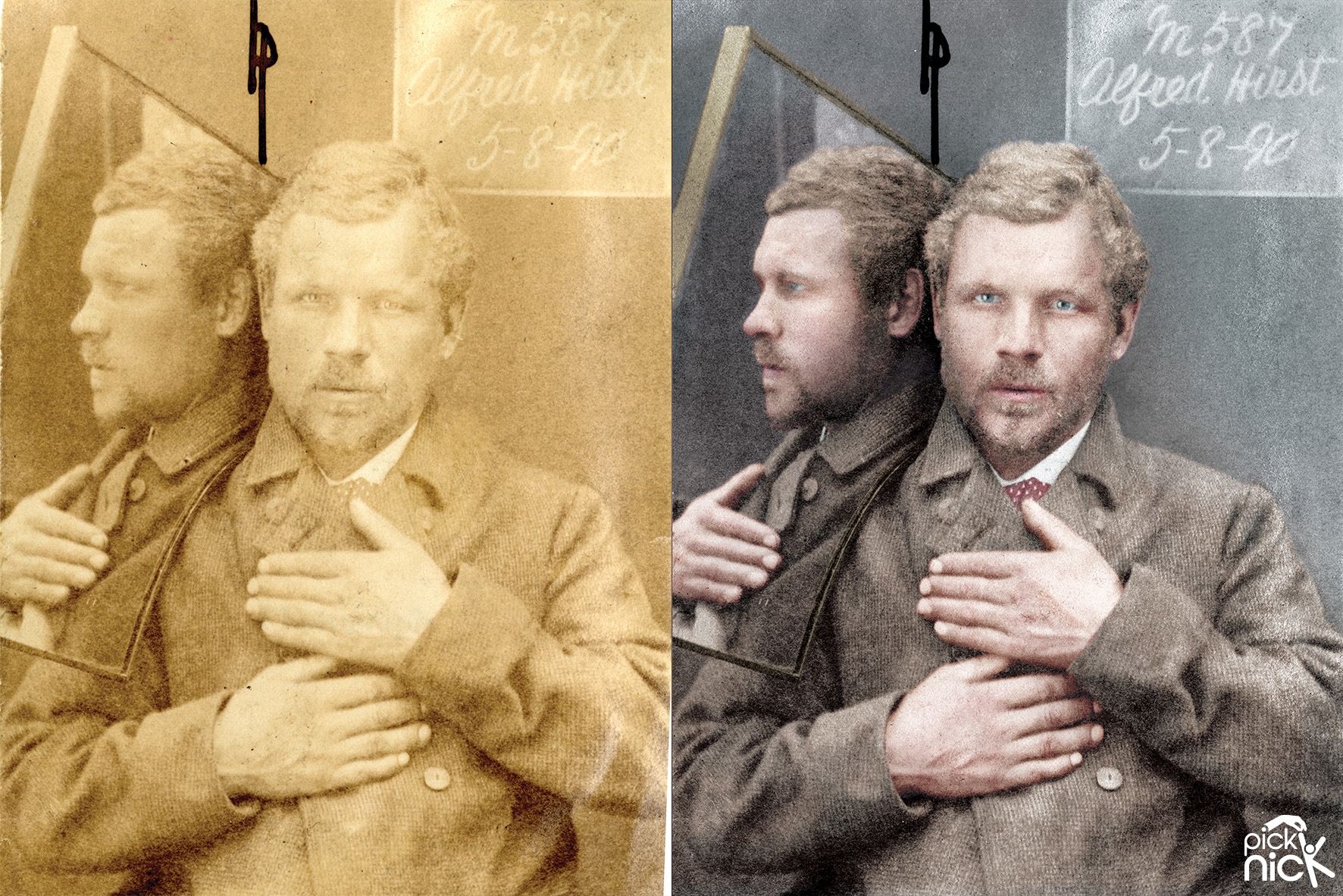 Barnsley born Alfred Hirst, a married Coal Miner, was aged 37 in 1890. He served his sentence for theft in Dartmoor Prison. 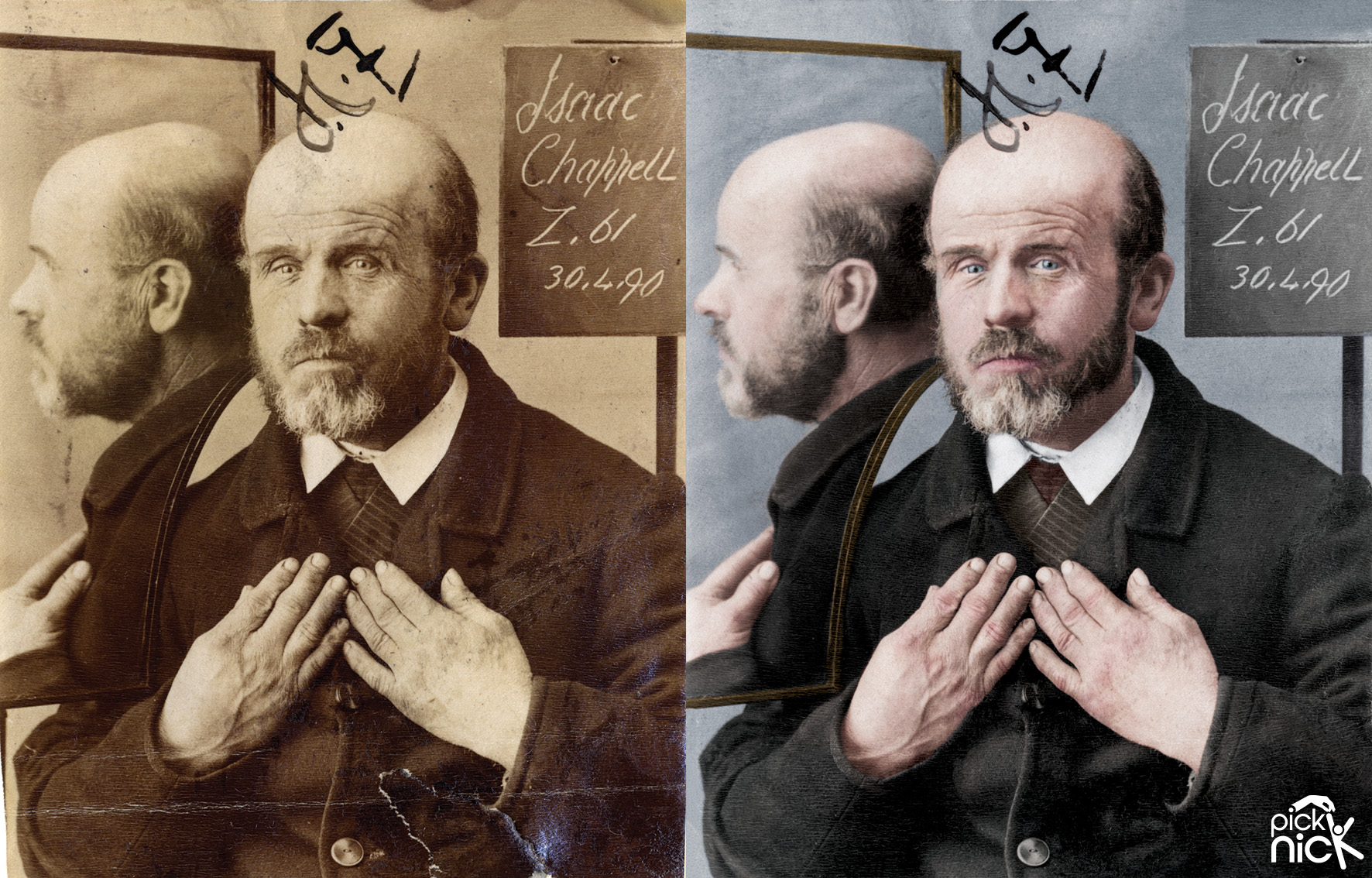 Hoyland born Nailmaker Isaac Chappell was 46 in 1890. Residing in Barnsley when arrested for theft he spent time in Portsmouth Prison. 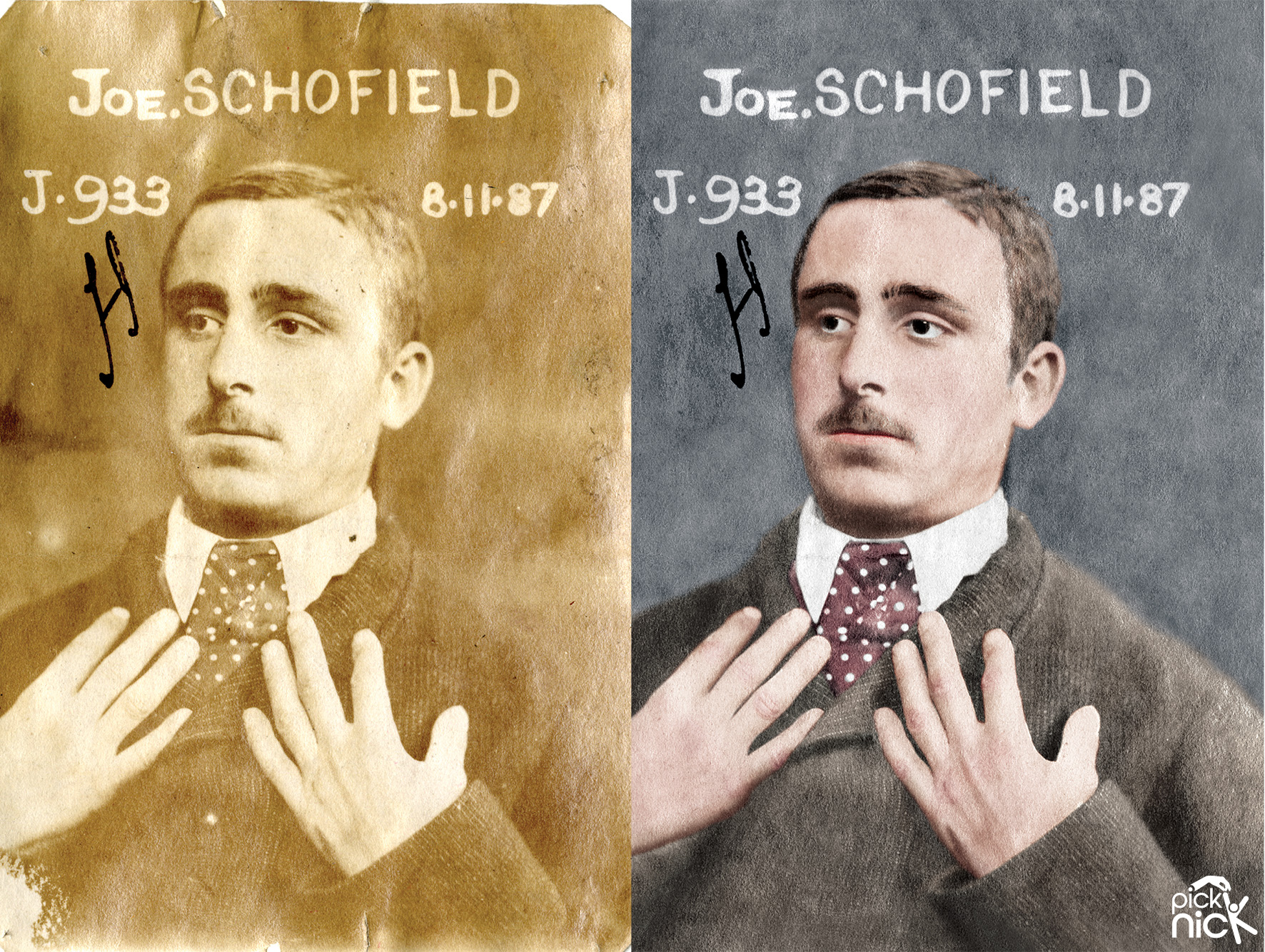 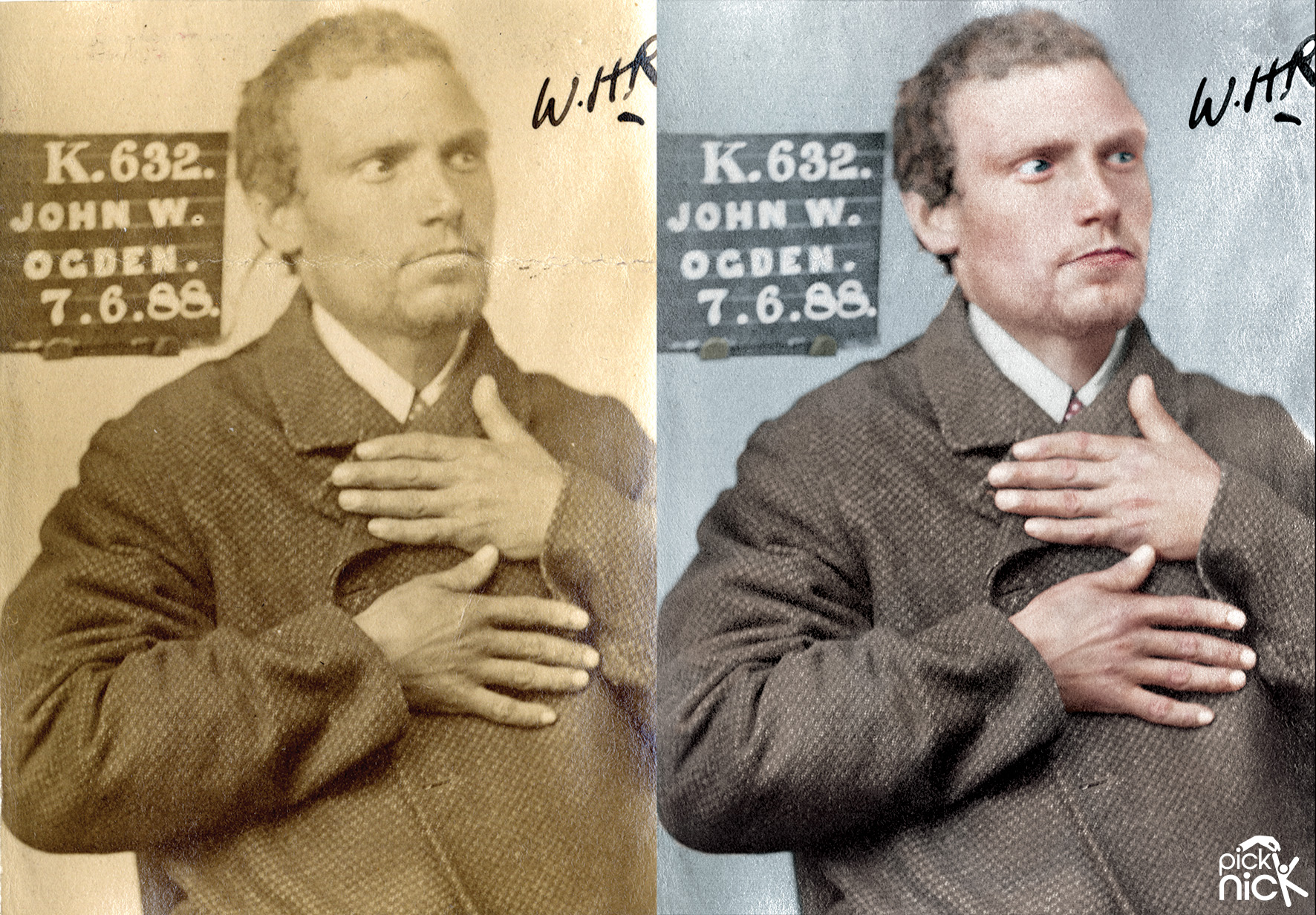 Barnsley born Baker John Wm. Ogden was 27 in 1887. A single man, living in Barnsley, he spent time in Parkhurst Prison for crimes of theft. 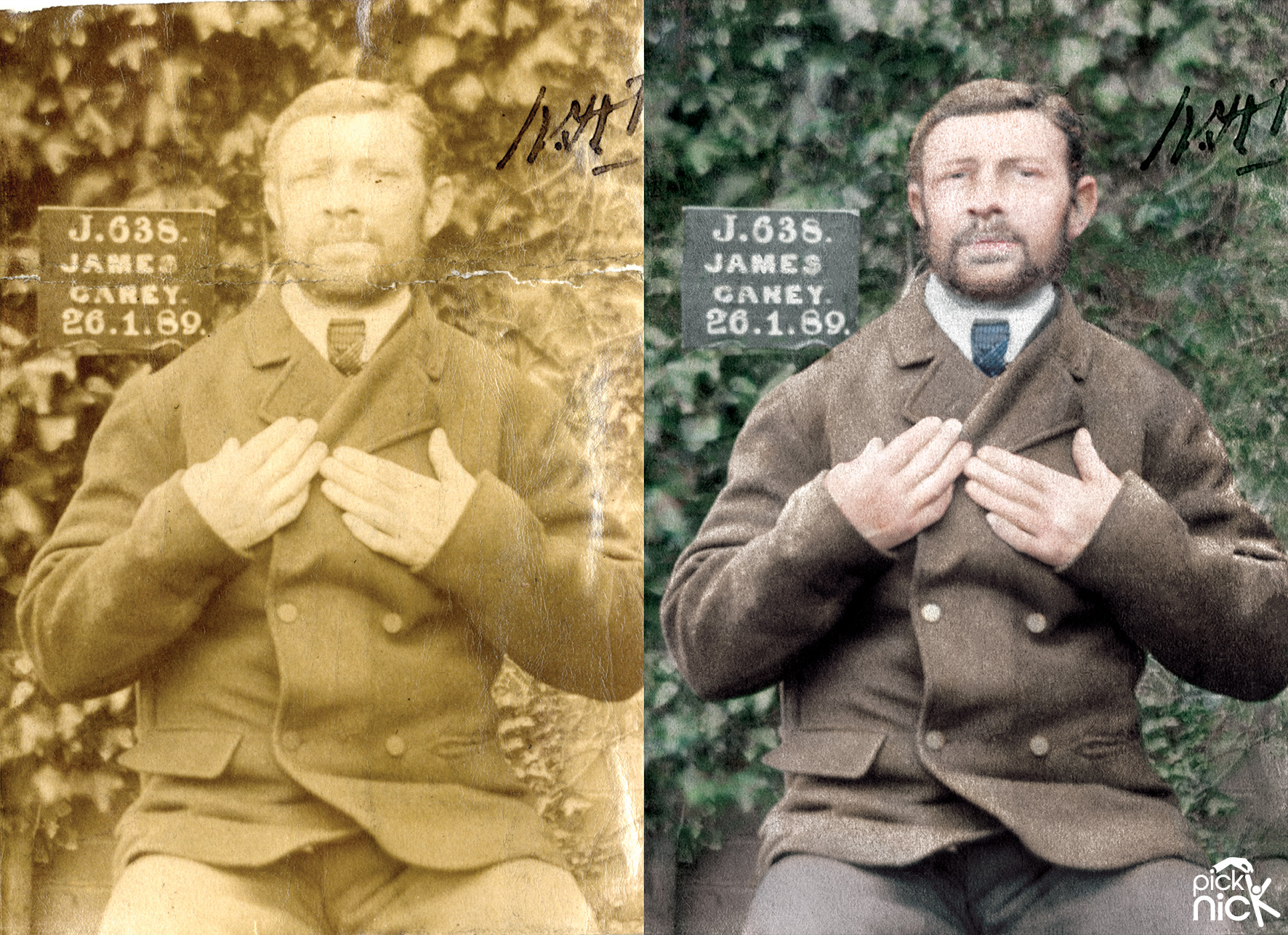 Pontefract born Miner James Carey was 46 in 1890. Living in Mexborough when arrested for theft, he spent time in Parkhurst Prison. 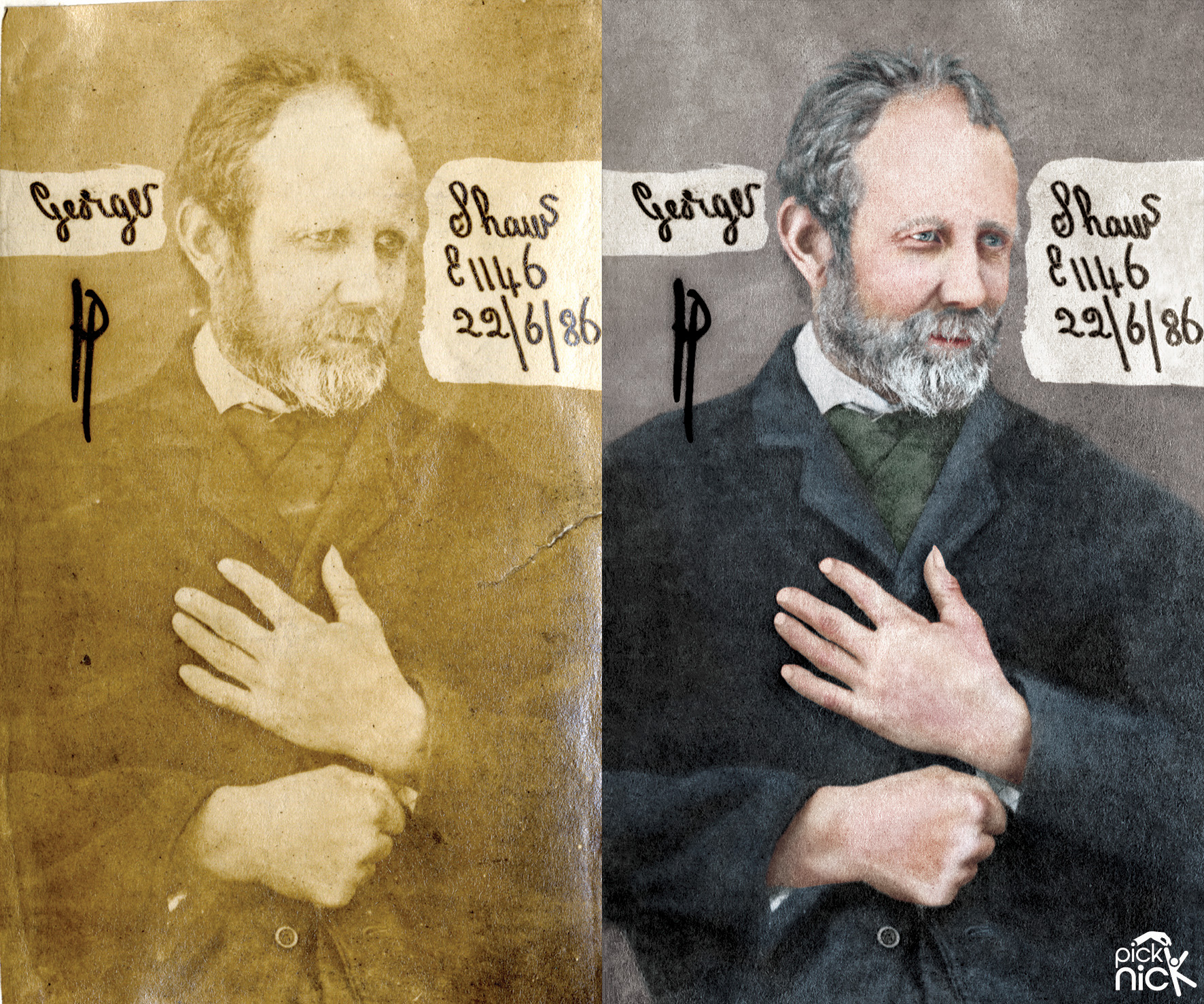 Monk Bretton born George Shaw, an unmarried Labourer, was 48 in 1886. He was apprehended for beastiality and sent to Dartmoor Prison.

“We used Photo Restoration Services to colourise and bring to life a series of 19th century criminal mugshots as part of a major exhibition for Barnsley Museums. We are absolutely delighted with the outcome and would highly recommend!” 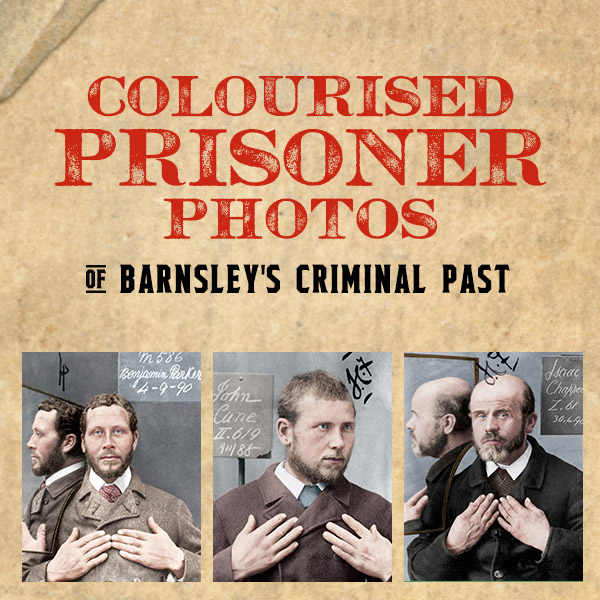 Do you have criminals in your family tree? Leave a comment below.