On 1st April 2018, the world’s first independent air force – the Royal Air Force celebrates their 100th Anniversary. RAF Marham delved into their old photo archives, selecting photos of 51 Squadron Royal Flying Corps, engine fitters and aircrafts such as Fe2b and the Wellington Bomber. As part of the RAF Centenary celebrations, these photos have been breathtakingly colourised, bringing these special historical moments to life.

Birth of the Royal Air Force

WWI claimed over 30 million lives, although it’s infamous for slaughter in the trenches it was also the birth of flying as a weapon of war.

On 29th November 1917 – Due to the growing demands of airpower, King George V authorised the creation of a new branch of the British military, Royal Flying Corps. After a review of the British Air Services (a report know as Smuts Report), it was recommended that air should be treated as a separate force, leading to the amalgamation with the Royal Naval Air Service. On 1st April 1918, the Royal Air Force was born.

The colourised photos will be used as part of the RAF 100 activities at Marham as well as for educational school trips. On behalf of RAF Marham, the photos have been colourised by Pick Nick Photo Restoration Services. 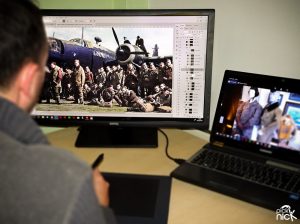 Old RAF photos being colourised for the RAF Centenary. Featuring the Wellington Bomber during WWII 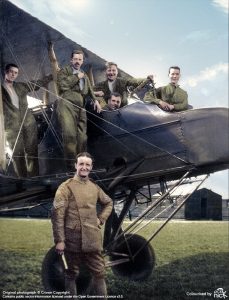 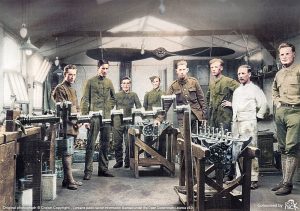 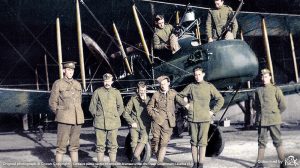 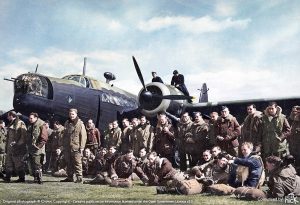 “Nick has been outstanding with his work he has produced amazing results and the speed which he produces the results is breathtaking. Every detail has been scrutinised and given the most thorough examination, identifying and ensuring the very best results.”

BBC ONE’s recent documentary RAF at 100 with Ewan and Colin McGregor certainly commemorated and inspired us, now its time to celebrate the RAF.