Today, we commemorate the fallen heroes of The Great War, who fought valiantly in the line of duty for our freedom. Unfortunately for one gentleman, Henry Birkett Shimelds sadly died a day before the signing of the Armistice that brought WWI to an end. How we wish he could have seen the day!

Henry Birkett Shimelds was born on 10th March 1894. He grew up in Hexthorpe, Doncaster with his parents and 5 siblings. 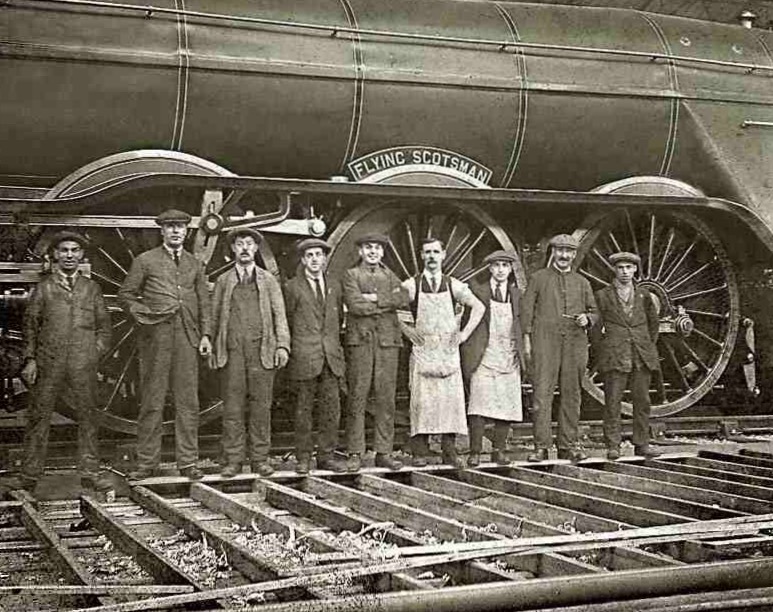 Before joining the Army, Henry played for Doncaster Rovers FC. In 1918, The Doncaster Gazette reported that whilst home on leave he had played a match for the Plant Works Club. Sadly, Henry never made it back to the football pitch. 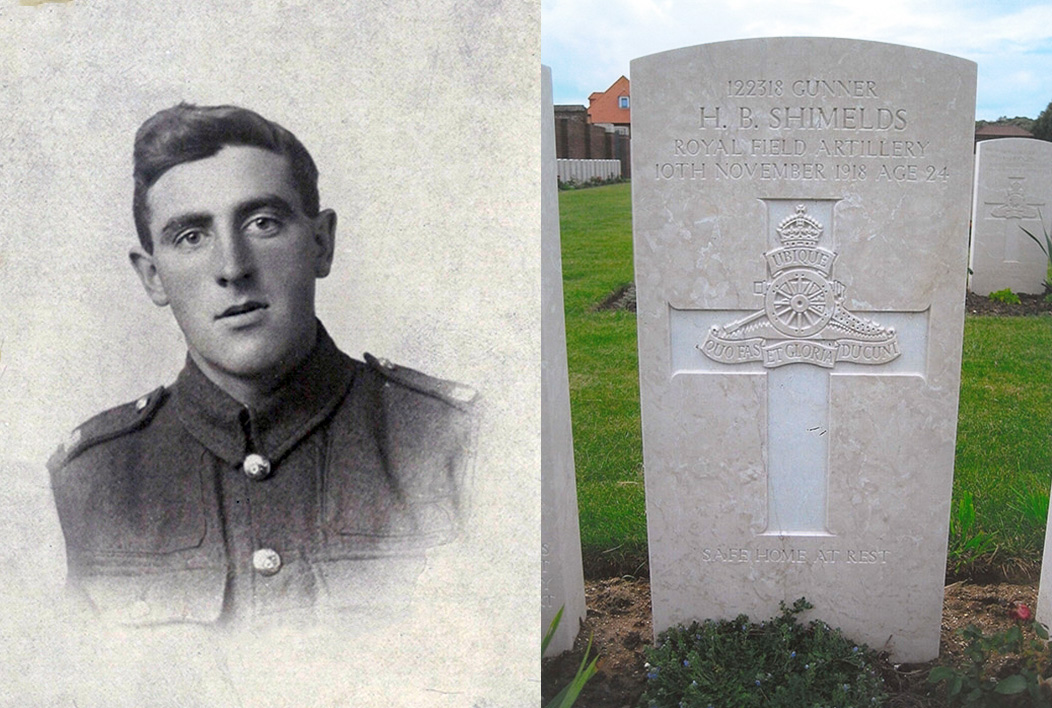 Henry Birkett Shimelds, along side his grave, died 1918

He was deployed to France on 2nd December 1915 serving as a driver for the Royal Field Artillery. Later going on to become a gunner. 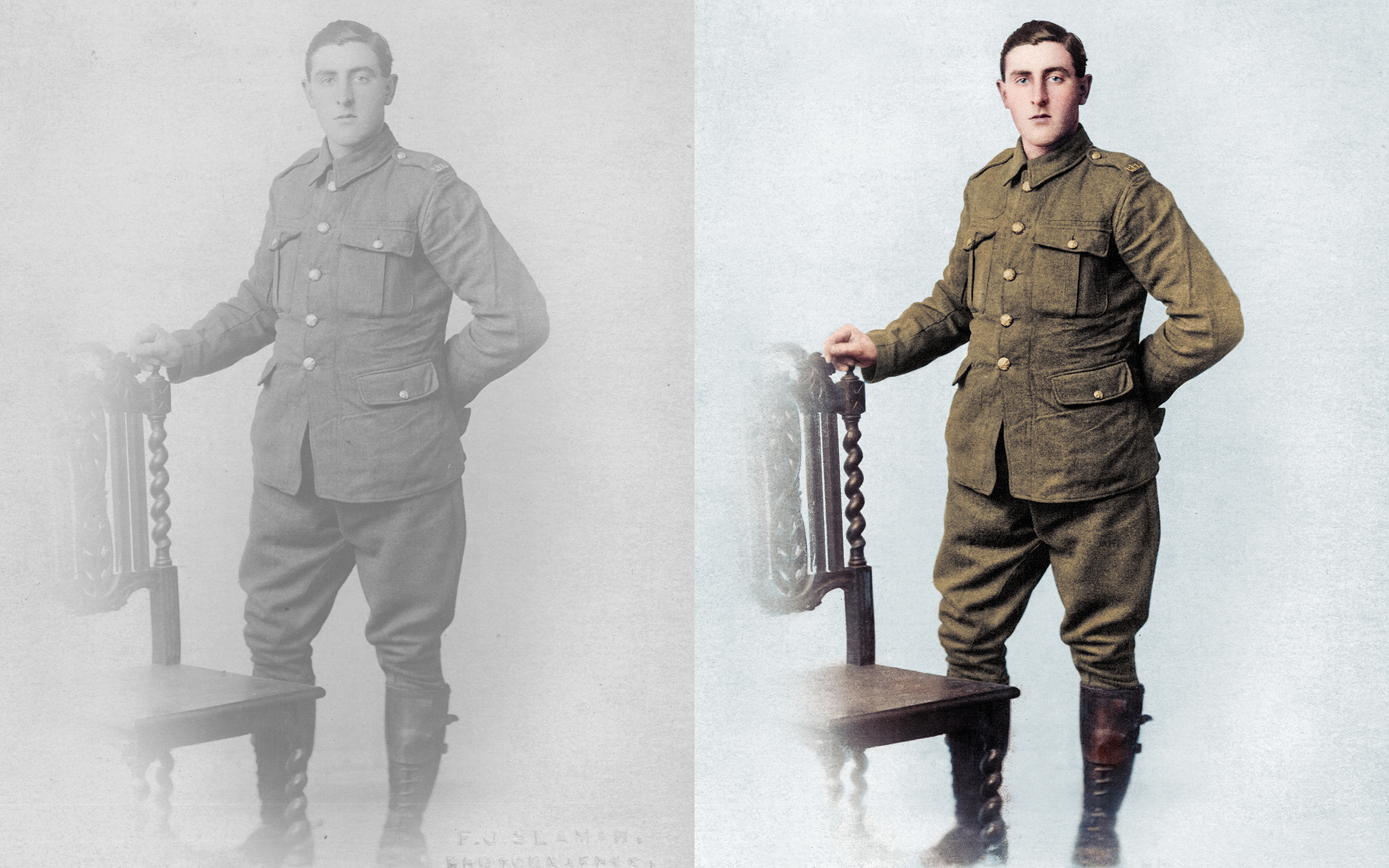 Colourised photo of Henry Birkett Shimelds in his RFA uniform

On 10th November 1918, Henry Birkett Shimelds died of Spanish Flu in a French hospital, aged 24. He was buried at the Les Baraques Military Cemetery, Sangatte and was awarded the British War and Victory medals.

He is remembered on the war memorial at London Kings Cross Station and also in his home town on the memorial at St. Judes Church in Hexthorpe. 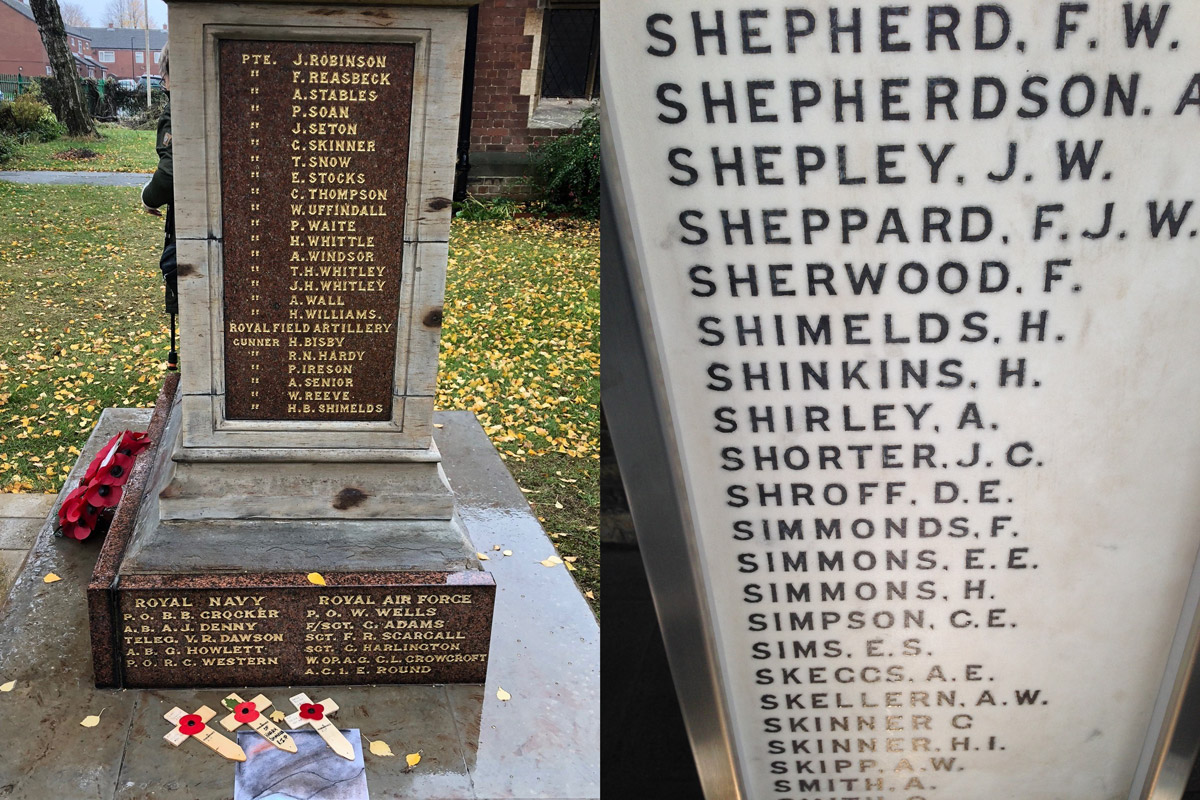