Sharing those Moments of Photo Restoration

Photo restoration enables us to preserve the visual memories of our ancestors. Every old photo holds it’s own story, and that moment deserves to be seen for future generations to come.

My interest in old photos started back in 2007 when my Dad inherited a box of my Grandad’s old photos. These photos really fascinated me and seeing them in a faded damaged state urged me to restore them. This then inspired me to set up my photo restoration service to help restore moments of other people’s family history. 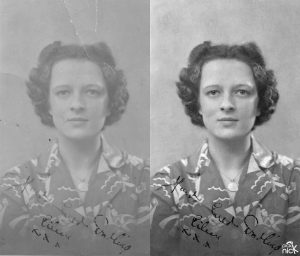 Catherine shares a moment…“My mum sent this photo to my dad when he was in India during WWII. I had this restored to present to my dad to celebrate his 100th birthday – I think it’s absolutely beautiful and a perfect gift. It means so much to have this old sentimental photo restored” 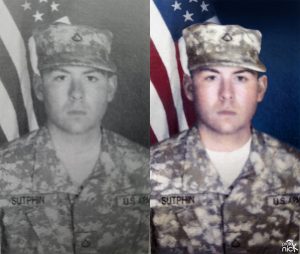 Thomas shares a moment… “I never received my US Army ACU photo and as I get older it’s something I regret. I was stationed at Fort Jackson, South Carolina in 2009 and missed photo order day and they only keep one year of photos, so unfortunately the original was destroyed years ago.” 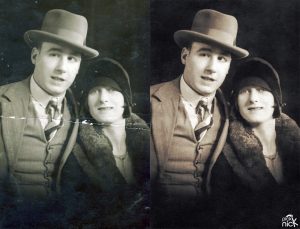 Jerry shares a moment… “The restored photo gives vibrancy to two people I only knew as an old couple. It is the only known photo of my nan & grandad in their 20s. The original has been lost, but now the family now has a beautifully restored image to treasure” 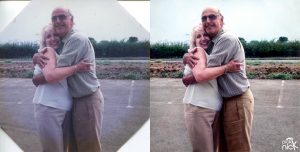 Toby shares a moment… “The restored photo is for my mum as she loves this picture, it’s her favourite. With something so sentimental the condition of the picture means more than just new! The colours are so good it reminded me of my dad’s favourite trousers!” 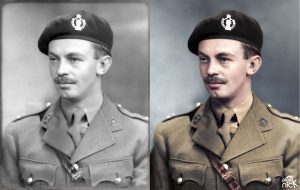 Kane shares a moment… “Major Cyril J. Smith of the 148th Royal Armored Corps. During World War 2, Cyril was the commanding officer of “B” Squadron of the 148th RAC from the time they landed in Normandy on June 13, 1944 until he was injured on August 13, 1944. They were subject to heavy shelling in the woods north of Le Bu-sur-Rouvres on August 13, 1944. Cyril was struck by shrapnel and was medically evacuated at the conclusion of the battle.Cyril graduated from Sandhurst and before the war, he was seconded to the Burma Defence Force. After the war, he served in Egypt during the Suez Crisis, and later was seconded to the Arab Legion in Jordan.” 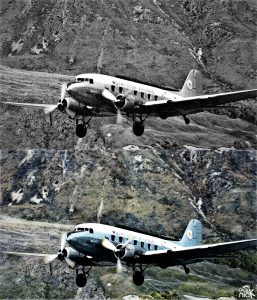 Warren shares a moment… “Mount Cook Airlines, the last commercial Douglas DC-3 operating in New Zealand. I took this photo in September 1975 while I was on a layover in the HS748.Scheduled services for Mount Cook Airlines began on 6 November 1961 between Christchurch, Mount Cook, Cromwell and Te Anau with a 26-seater DC-3. _ This picture will take pride of place at a big ball for all the former Mt Cook Airlines staff in October. I crewed the last flight of this particular DC-3 on her last flight in September 1977. After 20 years Air New Zealand who took the airline over have sadly decided to close it down permanently so a bit of NZ history is dissappearing.” 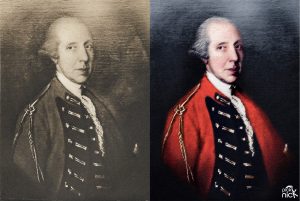 Marc shares a moment… “William is my great great grandfather x6. He served as a director of the East India Company from 1778 to 1785, along with his brother Charles. They were both conservative MPs as well. The picture is from the houses of parliament but the original has been lost.William was by the record a not so very good politician and made little ground in commons. However being a successful businessman he had dealing with the Glyn Halifax bank, they were going under and William and Charles bailed the bank out, only if they became partners. For the next 160 years, the bank became the Glyn Mills bank and after years of negotiating by the Scottish bank was bought. This became then the Royal Bank of Scotland.”Photo courtesy of the Mills family

If you have looking for a photo restoration service, send over your photo and i’ll get back to you.